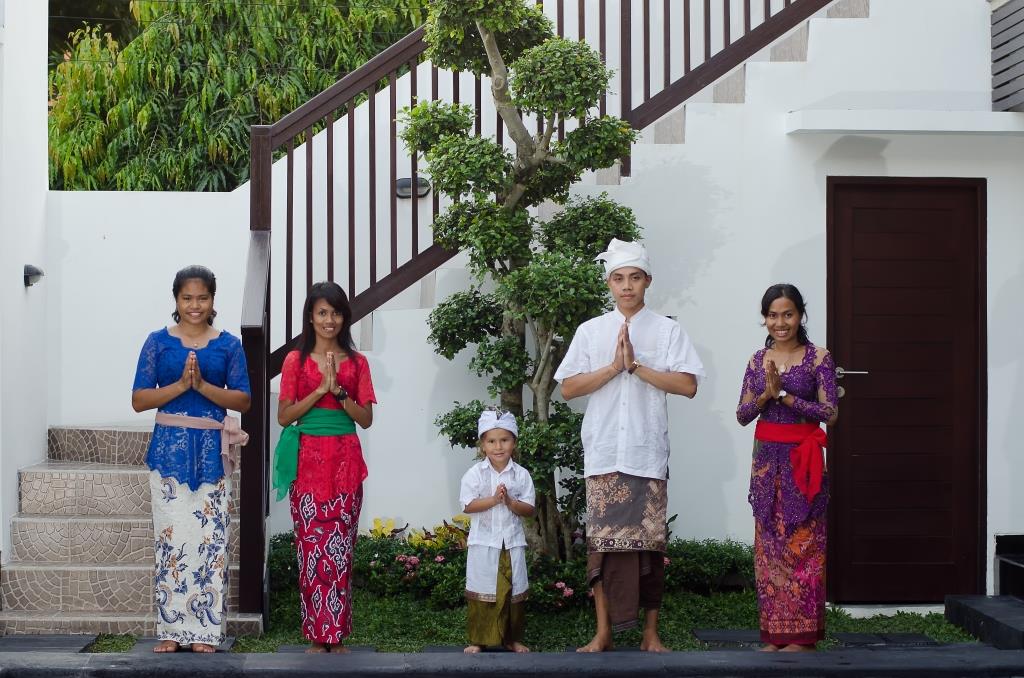 Many guest that are scuba diving with us, ask us about the beautiful outfits that the Balinese women wear.  So we thought we would give you a bit of Balinese history in our latest Diving Indo blog.

Prior to Dutch colonization

Before the Dutch colonized Indonesia and Bali there was no traditional Balinese dress. Women would be bear breasted whilst tending daily chores around the house or visiting the market. More modest clothing would be worn at the temple through respect.

To save the women’s modesty the Kebaya was introduced. The kebaya can be made from any kind of material, but lace is the most popular choice. The kebaya is worn with a corset underneath, especially by older women. White kebayas are more suited for religious ceremonies and events taking place at the banjar (Banjar is a legal community unit that has regional boundaries that are authorized to regulate and manage the interests of the local community. A bit like a village council with a village hall). 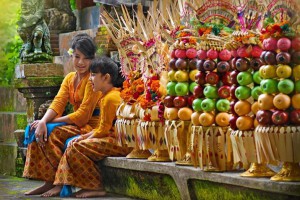 Women wear a kebaya with a sorong

In the village or family houses let the women express their colourful sides and wear any coloured or themed kebaya of their choosing. During village or town events, the Balinese ladies would sometimes wear matching kebaya and sarong provided by the banjar.

The kebaya paired with a batik kamben which is very similar to a sarong, a sash tied around their waist and flowers in their hair. The flowers are often frangipani known as Jepun in Bali, which grow in abundance and are used in offerings to the gods.

For men the traditional Balinese dress is a white shirt and a batik or songket kamben with an overlay called the saput. It comes with a decorative border and is usually white or patterned, a sash and a traditional headdress called the Udeng. 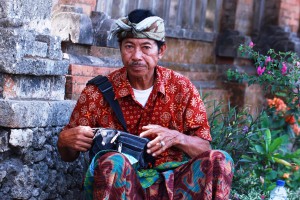 The Udeng is the mens traditional headress

Although the wearing of crash helmets are compulsory on motorbikes, if a man is wearing traditional Balinese dress on the way to a ceremony, they are exempt from wearing a crash helmet. Perhaps the gods will protect him!

The traditional Balinese dress is just one of the many fascinating things about the culture of Bali. To experience this culture for yourself, try one of our Diving Indo land tours.