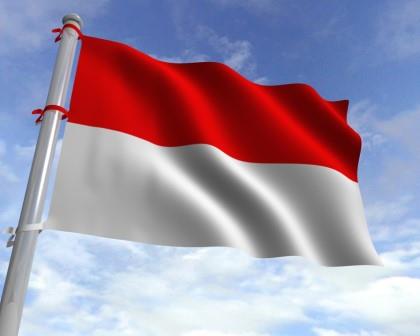 The independence day of Indonesia falls on the 17th of August and it’s a great time to be in Bali as everywhere is decorated with the red and white flags of Indonesia.  Put that against the backdrop of lush green rice terraces and ornately decorated penjors lining the streets, it’s a feast for the eyes and awesome for photos.

“Dutch East Indies” was the name for Indonesia under Dutch rule. The Portuguese had established spice trade in the Indonesian archipelago in 1498 after being the first Europeans to arrive on the islands, but Dutch explorers wanted direct access to Asian spices, and began establishing trade routes to the region in 1595. In 1603, they created the Dutch East India Company, fought for control of the entire region, and had soon colonized Indonesia. The Dutch East India Company held a monopoly over the spice trade, which proved profitable for them until 1800, when it went bankrupt. Indonesia became known as the Dutch East Indies (part of the Dutch Republic) – the colony that became present day Indonesia after the World War II.

Indonesia remained under Dutch control until World War II, when the Japanese invaded it and overran the Dutch forces. The Japanese ruled this archipelago from March 1942 until the end of war in 1945. After the surrender of the Japanese, Indonesian nationalist leader, Sukarno, declared Indonesian independence on August 17, 1945. Sukarno became the first president of Indonesia.

The celebration of Indonesian Independence day

In Indonesia, Hari Merdeka or Indonesian Independence Day is a day filled with festivities and celebrations. The preparations for Hari Merdeka begin well in advance. This time of the year all of Indonesia seems to be draped in red and white, the colors of its flag.
On the eve of the Indonesian Independence Day, the President delivers addresses the nation. The grand celebrations of the actual Indonesian Independence Day that usually begin with flag hoisting ceremony in the presidential place. High school students chosen from across the country for their marching skills, put up a colorful show while the Indonesian flag hoisted. This is followed by parades and fun-filled activities for the public. These include as Krupuk (shrimp chips) eating, bike decorating, and cooking contests. One of the popular games played on this day is Panjat Pinang in which participants climb the greased trunk Areca palm tree.

The national flag of Indonesia, also known as Sang Saka Merah-Putih was proudly unveiled on August 17, 1945. It is based on the banner of 13th Majapahit Empire in East Java. The design of the flag has remained same since its independence. The flag consists of two horizontal stripes of equal size; the top strip is red, and the bottom one is white. The colors of the flag have special significance for the history and people of Indonesia. While red represents courage, white epitomizes purity.
To find out more about the culture of Indonesia and beautiful Bali check out our Diving Indo land tours
#PADIBali cultureBali land toursBali toursBali traditions